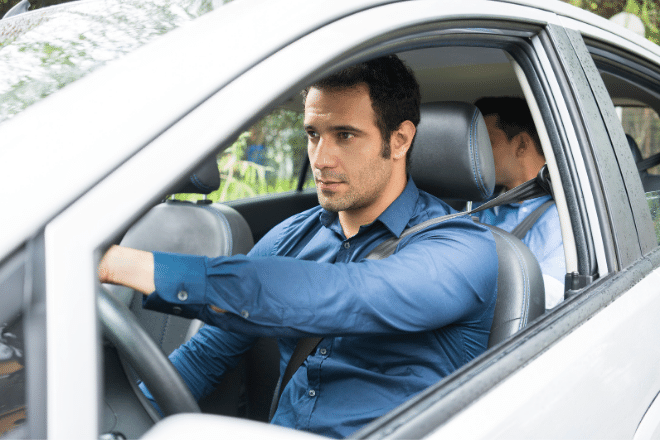 Contract, interim and contingency resources are a great way to access project-specific, senior-level experience and skills to support high-level projects. PwC has identified that interim, contract or contingent professionals currently make up 5% of the financial services workforce with estimates that this could rise to 15% or 20% in the next five years.

However, the UK Supreme Court’s recent ruling that Uber drivers are entitled to the same rights as permanent employees has shocked and shaken the world of contract, interim and contingent working. With the changes to the IR35 legislation imminent, the new ruling about the use of ‘gig workers’, could change how end-user businesses approach resourcing.

What is the Uber employment case?

Two Uber drivers, James Farrar and Yaseen Aslam, argued that Uber’s control over their drivers more closely resembled a permanent employment contract than that of a self-employed arrangement as:

These factors more closely resemble a permanent employee-employer relationship rather than a contract worker who independently offers their services on a fully-controlled and agreed upon contract basis.

The Supreme Court ruled in favour of the drivers’ argument and has stated that Uber had performed an incorrect status determination and misclassified its workers. They will now be deemed as employees rather than self-employed.

What does this mean for contract, interim and contingency working?

This ruling will have far-reaching impacts on the way contract, interim and contingency workers are perceived. For the service and hospitality industry many ‘gig workers’ will be due the rights of full-time employees, like sickness pay and holiday leave. Deliveroo has already adjusted its approach towards its drivers and has offered bonuses based on how long drivers have been working for the app and how many deliveries they’ve made. They reportedly also plan to give each driver up to £10,000 as part of their forthcoming IPO plans.

While the ruling will have most profound ramifications to businesses using ‘gig’ workers, professional occupations using interim workers should still take note: the ruling on the Uber case will mean that greater attention needs to be paid to ensure that end-user businesses are properly determining the status of their contractor and interim engagements.

Does ‘outside of IR35’ exist anymore?

A contractor or interim working outside IR35 must be legitimately operating as their own business, with the accounting, risk, dividends etc., that any business incurs. They should be providing a service that can be substituted by someone else, and are responsible for managing themselves, rather than being managed within the business as an employee would be.

With the new Uber case ruling, it is likely that HMRC will be even more closely scrutinising contract and interim engagements that are ruled to be inside/outside of IR35 by end-user businesses to check this is in fact the case.

End-user businesses should ensure that they are making the correct status determination for their contract and interim engagements as getting it wrong will mean hefty fines if HMRC deems otherwise, and incorrectly deeming an engagement within IR35 also means additional costs that would not have been necessary if they’d been correctly determined outside of IR35.

There are multiple tools available to help you make this status determination, including the government’s own tool.

Oakwood Resources can help to accelerate your business requirements by sourcing IR35-compliant interim managers who are assessed based on their skills and experience, and who can work alongside you to deliver successful outcomes for your business’ operational needs.