The risk and reward of space becoming more accessible

The rapid development of technology and the boost in investment suggest that the rate of development will continue at a rapid rate, but what risks and rewards can we expect to see in the future of the space sector? 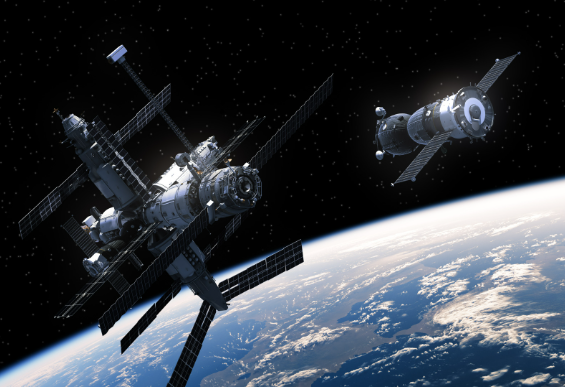 There is an ongoing revolution in the space sector with celebrities, commercial entrepreneurs and businesses entering a domain traditionally occupied by space agencies. The high levels of private funding, advances in technology and growing public interest is pushing the call to seize the potential opportunities within new age space travel. Previously, human space exploration has largely centered on manned low-Earth orbit missions and unmanned scientific exploration. Through the application of space data, new futuristic services can be offered from satellite broadband to space tourism.

When considering space exploration, there is a key factor enabling us to unlock new opportunities in space: data. The everyday consumer probably wouldn’t be aware of its importance, yet it is vital for the engineers who are working to develop opportunities within the space sector.

Each space mission produces a large volume of information. Whether it’s data from scientific experiments or biometric readings from the astronauts or space tourists, engineers can effectively put that data to work; networking, storing, visualising and analysing the information so new ideas and opportunities can be developed.

As the tech world develops its’ autonomous cars, artificial intelligence, virtual reality, and video, the need for higher bandwidth internet is expected to drastically increase in the coming decades. Launching satellites that offer broadband internet will not only meet the demand for data, but should also drive down the cost of data and making broadband internet accessible to all parts of the world.

The decrease in cost to access space has made human space travel for recreational purposes feasible. Richard Branson’s Virgin Galactic and Jeff Bezos’ Blue Origin have already launched suborbital spaceflights for tourist passengers and Elon Musk has launched SpaceX, a private spaceflight company that sends both satellites and people to space. Although many of the marketing campaigns describe making space travel accessible to all, the reality is that these trips boast a hefty 6-figure price tag and are at present only a viable option for the mega-wealthy.

What space tourism does give, is the opportunity to research the effects of being in space on the human body, particularly as technology enables longer space flights. One of the end goals of space tourism is to prepare for the creation of a colony on the moon or Mars for research purposes and space tourism could indeed be that first step.

Although not necessarily a risk but more of a hinderance, the infrastructure needs to be established before space can become truly accessible. To enable people to spend longer periods of time in space, there needs to be further development into breathing technologies, such as hypersonic air breathing rocket engines, to be used in hybrid launchers to cut the need for large amounts of oxygen that must be carried by current vehicles. Space vehicles that can take off and land the same way an aircraft would, without the need for extensive and expensive service between missions would also need to be further developed.

Investment by large public and private firms suggest that the space sector will see significant development, however, in the past, stocks have been volatile, and several space exploration companies failed in the 90s.

The question of insurance

There are an estimated half-a-million items of trash from over 50 years of space travel and satellite placement which currently orbit our planet. Unless these items fall into the atmosphere and burn up, they will stay in place forever. The ring of debris that we have created makes space exploration more dangerous because an impact with a ship’s hull could have deadly results.

Despite the risks of space travel, the rapid development of technology and the boost in investment suggest that the rate of development will continue at a rapid rate. Our society was built on the desire to explore the planet where we live and now our culture has the itch to start pushing beyond the next boundary. Many believe that there is something waiting to be discovered and at present, we are closer than ever before to finding out what that might be.